Students for Life Firmly Stands Against All Forms of Violence. Read More Here…

In Japan, an investigation is underway after 21-year-old Jin Mimae allegedly snuck his 18-year-old girlfriend two separate doses of Mifepristone, the first of the two-drug chemical abortion regimen. This drug kills the preborn child by blocking progesterone, a necessary pregnancy hormone. The child’s mother was about 5 weeks along and, unsurprisingly, became sick after being unknowingly drugged. The abortion attempt succeeded in October 2020. Tokyo Reporter wrote: Upon his arrest on suspicion of attempted abortion without consent on February 22, Mimae admitted to the allegations. “I didn’t want to marry her,” the suspect was quoted by police. “Because of

Joe Biden’s presidential campaign represents the most pro-abortion ticket in history, and he’s assembled a group of pro-abortion politicians to sell his views as acceptable to Catholics.

They call themselves “Catholics for Biden” but there’s just one problem — it’s against Catholic doctrine to support abortion in any form. In fact, politicians who promote abortion are forbidden from receiving communion, and considered to be in bad standing with the Church. ‘Bad Catholics’ as they’re commonly known are still considered Catholic by their baptism in the Church, and are given every opportunity to confess their sins until the moment of death. Instead, this group seeks to normalize abortion as an acceptable view. 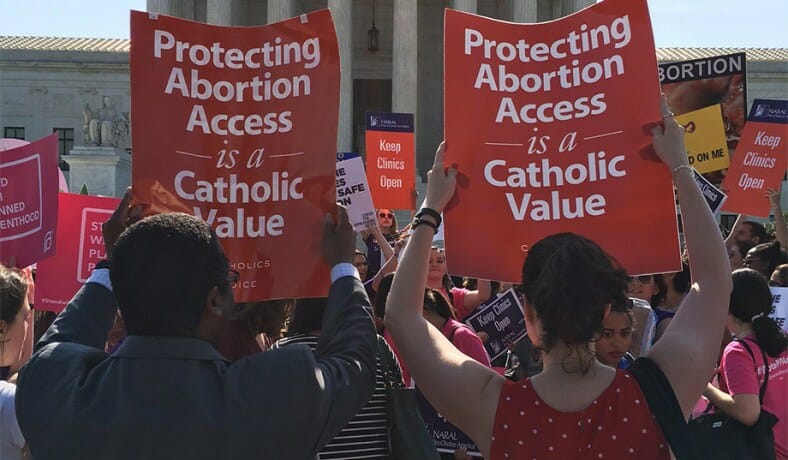 That’s because Catholics are a key voting group in swing states, and many Catholics don’t understand that voting for a pro-abortion politician could put their soul in mortal danger. For example, Illinois Senator Richard Durbin, one of the group’s co-chairs, has been barred from receiving communion since 2004 for his support of legalized abortion. Springfield Bishop Thomas Paprocki maintains that the ban is still in effect.

Furthermore, six US representatives have so far been announced as co-chairs, including Brenden Boyle (PA),Rosa DeLauro (CT), Marcy Kaptur (OH), Ted Lieu (CA),Tom Suozzi (NY), and Jaun Vargas (CA). All have been rated at 100% from the pro-choice activism group NARAL.

Oddly enough, another co-chair, Democratic Pennsylvania Senator Bob Casey, identifies as a pro-life. In the past, he’s even voted for late-term abortion bans, but in 2011, he voted to continue funding Planned Parenthood, which is why NARAL rates him at 100%.

Joe Biden himself has been denied communion for his stance on abortion, but this clearly doesn’t matter to ‘Catholics for Biden.’ And if they don’t care about what the Church has to say about life, yet continue to identify as Catholics, we have no other choice but to view them as wolves in sheep’s clothing.